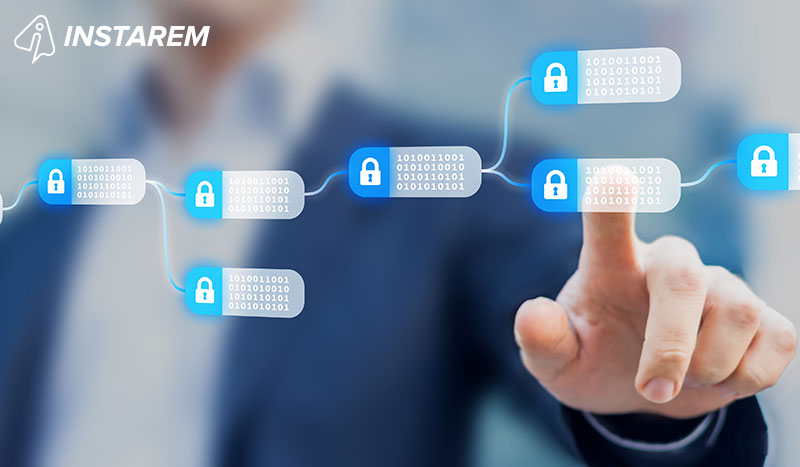 What Is Blockchain Technology?

In simple words, Blockchain, is an algorithm. It’s an online ledger that is designed to manage digital money without the involvement of a central regulatory body. Blockchain technology records every single transaction and stores this information on a global network in bitcoins that are relatively tamperproof.

How Does Blockchain Technology Impact Your Overseas Money Transfers

At present, banks take care of the majority of the remittances, with other money transfer operators (MTOs) following close on the heels. However, this traditional system lacks transparency and efficiency, as the internal processes are hidden, complex and time-consuming. Banks and other MTOs also involve middlemen which leads to cost escalation. Blockchain, on the other hand, eliminates middlemen and enables senders and receivers to connect directly, thereby increasing transparency and reducing remittance costs.

Let us explore some of the possible changes that Blockchain technology will bring about in cross-border money transfers:

One of the major pain points in bank transfers is the lack of transparency. Banks deduct a big chunk from your transfer amount in the name of bank fees, which is actually a disguise for FX spreads and a number of unexplained charges. The worst part is that neither the sender nor the receiver is aware of these charges until the transaction is processed, and the receiver ends up receiving a lesser amount than what was intended. Blockchain technology completely eliminates this issue. While the anonymous nature of Blockchain technology makes it difficult (not impossible) to track the source and destination of a payment, the sender and receiver are always aware where their money is at any given point in time. Besides, the independence from a central authority also adds to the transparency as there is no regulatory body controlling the cash flow.

One of the biggest disadvantages of the banking sector is that it is centralised. This makes them vulnerable to hackers and fraudsters. The recent incident where unknown hackers stole 339.5 million roubles ($6 million, €4.8 million) from a Russian bank using the global payment network SWIFT is a case in point.

The impervious nature of Blockchain, on the other hand, makes it difficult for hackers to misuse the data. In Blockchain technology, everything is tracked on a ledger preventing the creation of fake data.

So, what makes Blockchain technology so difficult to tamper with?

Every block typically contains a cryptographic hash (an algorithm that connects the previous block to the new block), a timestamp and transaction data. This makes Blockchain resistant to data modification/tampering as it would mean re-doing all the blocks that came after.

According to a World Bank Report, the global average transaction costs stood at 7.09% in the fourth quarter of 2017. While the international MTO index was 8.23%, banks were found to be the most expensive type of service providers with an average transaction cost of 10.44%. The exorbitantly high processing fees and crazy FX margins can hurt people who transfer money abroad regularly. Blockchain ledgers authenticate the identity of the participants involved in the transaction and serve as a channel to transfer funds instantly. This is expected to decrease transaction costs for customers by 30%, besides providing an instant settlement.

The current money transfer system depends mostly on wire transfers, which are used by banks and other financial institutions. Though it has been in use for a long time, one of the pain points of this system is the time taken to process the transactions. Blockchain technology offers a faster, cheaper and more secure alternative to outdo traditional wire transfers. For example, If person A wants to send his bitcoins to person B, A needs to publish his intention on the network, and the nodes scan the entire bitcoin network to validate that A has a bitcoin he wants to send and hasn’t already sent it to someone else. Once this information is validated, A’s transaction gets included in a block which gets attached to the previous block. All of this is instant, requires no middlemen, thereby eliminating any charges or costs.

5. Pathway To The Future

Increase in remittance flow to developing countries, poor banking infrastructure and concerns about the long-term value of the national currency are a few reasons Blockchain technology seems to be the future of cross-border payments. The relevance of Blockchain technology is undeniable when you consider that around 40% of the world’s population doesn’t have a bank account and that money is flowing from developed to developing countries at an overwhelming rate. Over $429 billion was transferred in 2016 alone, and it’s likely that this flow of money will continue for years to come.

While the Blockchain technology has the potential to revolutionise the way businesses operate, it is no stranger to risks. Hence, it is important that individuals and firms understand these risks before embracing the technology, and take preventive measures to keep transactions safe. It’s also important to understand the regulations and its implications. Some of the standard risks of Blockchain can be classified under the following categories:

Businesses and firms willing to experiment with Blockchain technology should evaluate these risks and come up with ways to keep their transactions and data safe from any kind of misuse or loss.