Skip to content
Loading...
Latest posts
Compare our Zero-Margin FX Rates – Your Money Can #DoMore For You
Banks Are Still The Most Expensive Way To Transfer Money Abroad
Case Studies: How InstaReM Helps Clients Send, Spend and Receive
How InstaReM Makes Payments In Just Seconds
The API Economy In 2019: Hype Or The Engine That Fuels Business Growth?
Expat Life 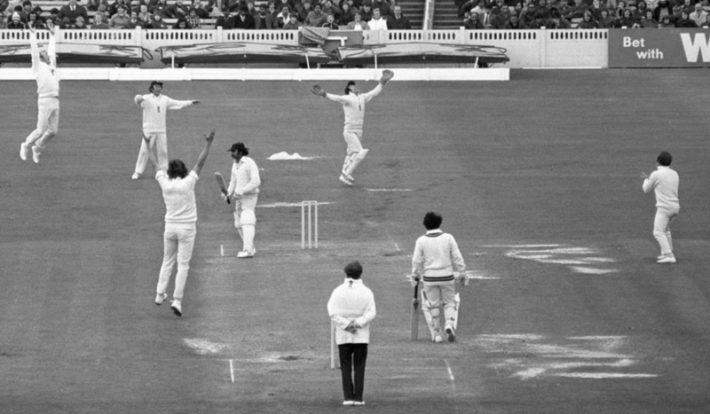 From being a British import in 19th-century India to being a religion that binds a nation, the evolution of cricket in India has been beyond imagination. While the India-Pakistan on-field rivalry is legendary, the face-off between Australia and India is nothing short of an edge-of-your-seat, nail-biting thriller. With both teams boasting of a formidable line of players, the current India Australia ODI series delivers just the excitement we have been craving for.

And we don’t just love these two teams for the amazing game they bring on the field, but also for all the epic bitter-sweet and ROFL moments they give us every time they ‘get together’. With all the buzz around the ongoing ODI series, let’s take a look at some of the most memorable moments in the history of cricket between India and Australia.

This historic moment commands the top spot on the list. After all, it’s India’s first Test win against Australia. India tasted victory after 10 Tests against Australia at the Green park ground in Kanpur in December 1959. In their first innings, Australia scored 71 without loss until their opener Gavin Stevens was dismissed by spinner Jasubhai Patel. Despite the Gujarat spinner’s impressive figures of 9/69 in the first innings, Australia still took a 67-run lead — India having scored just 152 after winning the toss and batting first. Finally Australia were dismissed for just 105 in the second innings as Patel claimed 5/55 and Polly Umrigar 4/27.

While India-Australia have had some memorable series, Brisbane 1977 deserves a mention on this list. Wondering why? Well, here it is: as many as six Australian players made their Test debut in this encounter. One of those, Peter Toohey, scored an impressive 82 even as India bundled out the hosts on a damp pitch for a mere 166. However, the Indian batsmen threw away the advantage, getting bowled out for 153. Even Dilip Vengsarkar’s 48, GR Vishwanath’s 45 and Sunil Gavaskar’s century could not save the match.

The series, fondly remembered as Sachin’s ‘Desert Storm’, was billed as Sachin Tendulkar vs Shane Warne, the world’s greatest batsman against the world’s best spinner. But Tendulkar beat the Aussie to a pulp, smashing an impressive 143 to help India qualify for the Coca Cola Cup final. And just to prove that it was no fluke, the Master Blaster scored a stunning 134 two days later as India beat Australia in the final.

Having beaten India in the first Test in Mumbai within just 4 days, Australia had posted a mammoth 445 in the first innings in Kolkata. Things got worse for India who were dismissed for a measly 171 and asked to follow on. That is when VVS Laxman (281) and Rahul Dravid (180) put on a stupendous show and came up with a 357-run stand which turned the match on its head. India won on the final day, thanks to Harbhajan Singh’s heroics, and then went on to win the series 3–1.

Chasing Australia’s first innings total, a mammoth 478, Tendulkar dug in to score his second double century of the year and his sixth overall. It proved to be the last double century of his Test career. The greatness of this performance can be asserted from the fact that a poll carried by an Australian newspaper the very next morning read: ‘Is Sachin Tendulkar the best batsman ever?’ 83% of the voters confirmed it with a Yes. The fact that this poll came from the land of Don Bradman says a lot about this innings from Tendulkar.

While cricket is serious business, our boys sure know how to have fun, be it off the field or on it. One such moment that became the taking point was the third delivery of the 80th over in Australian innings during the Ranchi Test when Australian skipper Steve Smith and our very own Wriddhiman Saha started a wrestling match of their own on the field. The epic moment came when Ravindra Jadeja’s ball got caught in between Smith’s legs and the Aussie was in no mood to let go of it. However, a determined Saha went for the ball anyway as he wanted to claim a catch, but the move had both players rolling on the ground. Call it what you want — a wrestling match or desperation, the sight had all the players and even the umpires laughing their heart out. An ROFL moment, indeed!

These are the six Australia-India cricket moments that we think are epic. If you have any other ‘epic’ moment in mind, please feel free to share with us in the comment sections.

And while we had an awesome time reliving these epic cricket moments with you, we have recently had an epic moment of our own too. The World Bank has rated InstaReM the №1 cost-effective remittance platform in several payment corridors from Australia and Singapore. So, if you are someone who makes overseas money transfers quite often, you’re welcome to try us out!

6 Epic Moments In India Vs. Australia Cricket Matches was originally published in InstaReM on Medium, where people are continuing the conversation by highlighting and responding to this story.