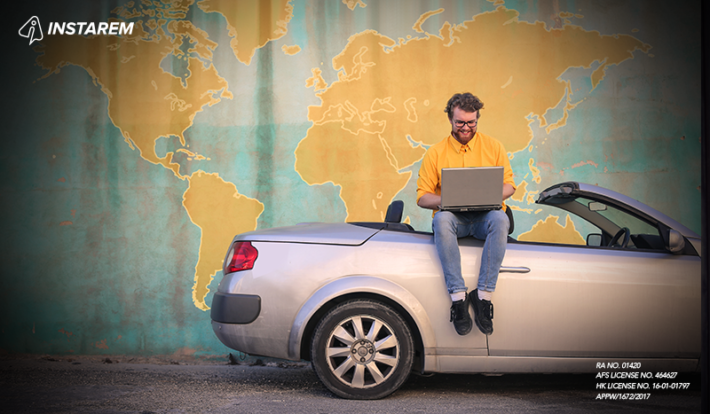 But Sending Money Abroad Is Still An Expensive Dream

International money transfer has increased prolifically than ever before. Call it an effect of the increased international students and workers; or something else, the fact of the matter is that there has been an ever-steady increase in foreign currency exchange and overseas money transfer.

This overseas transaction can cost the customer dearly. The sending bank and the receiving bank on the other side levy heavy fees on such transfers. As a result, the amount sent and the amount received can have a significant difference. For this reason, the banks have always faced the flak for charging or sometimes overcharging the customer.

To counter all this, the Commonwealth Banks have recently reduced the transfer fee up to 70%. This sounds like a great deal of redemption to the already burdened customer, right? Well, speaking in terms of the extra fee incurrence, this slash down is not enough. Transferring money abroad through banks can still be an expensive affair.

According to an estimate, international students and workers build up a money transfer market comprising of billions of dollars every year. This is generally the money foreign workers send back to their families in their home countries. The most common destinations of these transfers are New Zealand, United Kingdom, United States of America, Japan, and Hong Kong. The transferred amount at a time is generally below $ 1000 for them.

Why Did The Banks Reform?

The high transfer fees have already made transactions through banks a bitter option for the customers. To top that, the critics believe that the big banks have been duping people of their hard-earned money in the form of hidden foreign exchange charges that they apply during the money transfer. Some critics have even accused them of charging the customer even more than the receiving end. To win back their clients and make overseas transactions affordable, the banks slashed down their fees.

What Will They Change?

The 70% cut in transactions fee will considerably and directly affect the client. To understand this change in a simpler way, suppose you need to transfer a particular amount to your home, abroad. Now, if you are using the bank’s app to transfer the funds, for amounts less than $1000, you will be charged $6 instead of the earlier $22. For transactions more than $1000, you need to pay $12 against the earlier levied $22. (This calculation is not based on any particular country’s currency or rates; this is an example only.)

What Will Not Change?

Although this 70% reduction sounds a lot, yet the overseas transfer through the banks will still be a costlier method. The receiving overseas banks will still charge the same separate fee per transaction. These fees can be as stinging as $50 or even more. Also, the foreign exchange rates remain unsteady.

These transfers are usually made in the currency of the receiving country. As a result, the money in Dollars has to be exchanged in the foreign currency first; and to do this, a foreign currency exchange tariff is again imposed on the unsuspecting customer. In addition to this, a flat fee of say, $30 will still be charged every time. Therefore, it seems the 70 % reduction is not going to bring a big relief to the International money transferring woes of customers.

What Is The Way Out?

There are a number of non-bank players, like InstaReM, in the market who are quite sought after by the money exchanging and transferring crowd owing to their seamless service and great retes.

Such services impose no hidden charge on the transfer and levy a smaller amount of fee as compared to the banks, and ensure easy signup.

Transferring money abroad using the non-bank service providers is a lot better than the banks in the long run.

However, the banks will still take their cut. This means the banks which the non-bank money transfer services use for the transactions, still take some of the money as their fee. This is done on both the sending as well as the receiving end. This is something these service providers have no control over.

International money transfer is a necessity for many living and working abroad away from their homeland. The banks are notorious for being non-transparent in regards to the total charges to be applied while making such a transfer. This makes a fuss in the head of the customer who spends a part of their hard-earned money on hidden transaction fees and exchange charges.

Many non-bank players, on the other hand, offer a better offer by disclosing all the charges that will be applied to their sum. Some even offer calculators which tell all the applicable rates and charges beforehand, so as to end the last-minute hassle. However, these calculators usually show the “inter-bank rates” something that is lesser than the ones applied as the “customer rates”. Therefore, always be sure to look at the customer rates while using the calculators.

Ultimately, all of this boils down to a few things: