Skip to content
Loading...
Latest posts
Making Card Payments To Suppliers Who Don’t Accept Credit Cards
Why Card-Based Lending Is More Favorable Than Business Loans For SMBs
Podcast: How Using Your Credit Card As A Tool For Cash Flow Can Help Your Business
Ensuring Security of Transactions In The Digital Era
How Digital Payments Can Help Companies Cope Post Pandemic
Money Know-How 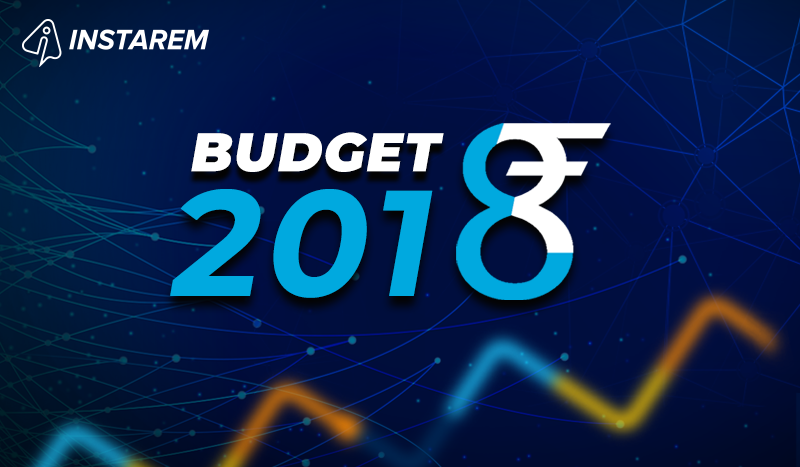 Finance Minister Arun Jaitley announced the last budget of the NDA government’s term on Thursday amid slowed economic growth, tightening fiscal situation and the agriculture sector woes. Here are some ways, we believe, the budget may have an impact on the inward as well as outward-bound cross-border money transfers in and out of India.

While the budget struck a balance between populism and fiscal prudence, NRIs who brought in US$ 62.7 billion in remittances in 2016–17, do not have much to rejoice. The Finance Minister announced that the long-term capital gains exceeding Rs 1 lakh from sale of equities will be taxed at 10% without allowing the benefit of indexation if the share is sold after January 31, 2018. This would be applicable on all investors, including NRIs and Foreign Portfolio Investors (FPIs).

The introduction of long-term capital gains (LTCG) tax may disappoint those NRIs who have been investing in Indian stock markets. The Finance Minister announced that the long-term capital gains exceeding Rs 1 lakh from sale of equities will be taxed at 10% without allowing the benefit of indexation if the share is sold after January 31, 2018. This would be applicable on all investors, including NRIs and Foreign Portfolio Investors (FPIs).

The 10% tax on distributed income of equity-oriented Mutual Funds is a bit of a setback for this section as well. The finance minister also announced an increase in the Education Cess from 3% to 4%, which is expected to help the government raise an additional Rs 11,000 crore.

Bitcoin is not for India. Period.

Another matter of interest for investors — including NRIs — in the budget is the government’s stand on Bitcoin. The Finance Minister categorically stated that the government does not consider crypto-currency as legal and will take all measures against its illegal use. According to the Finance Minister, “Government will take all steps to eliminate use of crypto-currencies which are being used to fund illegitimate transactions.”. This is likely to result in a slowdown in outward remittances from Indians looking to invest in Bitcoin. So if you are an NRI who has made gains on your dollars in Bitcoins, it might not be possible for you to remit your profits back home.

The silver lining comes in the form of a spike in Foreign Direct Investment (FDI) due to the reforms and measures taken by the Government to facilitate business in India. India received a record US$ 60.1 billion in FDI in 2016–17. The budget makes it clear that the government will continue with its reformist agenda to ensure that FDI continues to remain strong. With increased emphasis on “Make in India” and “ease of doing business”, the government is aiming at higher FDI inflows. Also with Outward Direct Investment (ODI) from India having grown to US$15 billion, the Government is looking to review existing guidelines and processes and bring out a coherent and integrated ODI policy.

Another pain point is the hike in the Customs Duty on certain products, such as mobile phones and televisions. Customs duty on sunglasses, cigarette lighter, toys, bus and truck tyres, select furniture hiked. Also, customs duty on imitation jewellery hiked from 15% to 20%; doubled on all watches to 20%.

Another matter of interest for the NRIs could be the developments in the start-up space. For the country’s vibrant start-up ecosystem, the budget has proposed creation of special hybrid instruments which would optimize taxation for foreign investors, which is a welcome development. Enterprising NRIs looking to leverage their international exposure in India, will be interested in clarity on giving angel investors similar vehicles towards reduced taxes or no taxes if they could roll over gains to the other start-ups. Indian government has been proactive towards start-ups and the issues such as multiple regulatory approvals etc. need to be fixed soon with a focus on helping start-ups attract investments, optimize their cash flows and scale. We feel this is very critical for the future if we want start-ups to be the backbone of our new economy.

All in all, it’s safe to conclude that Budget 2018 has been a mix-bag for the NRIs who want to stay connected with their roots.

NRE & NRO Accounts — Breaking It Down For NRIs