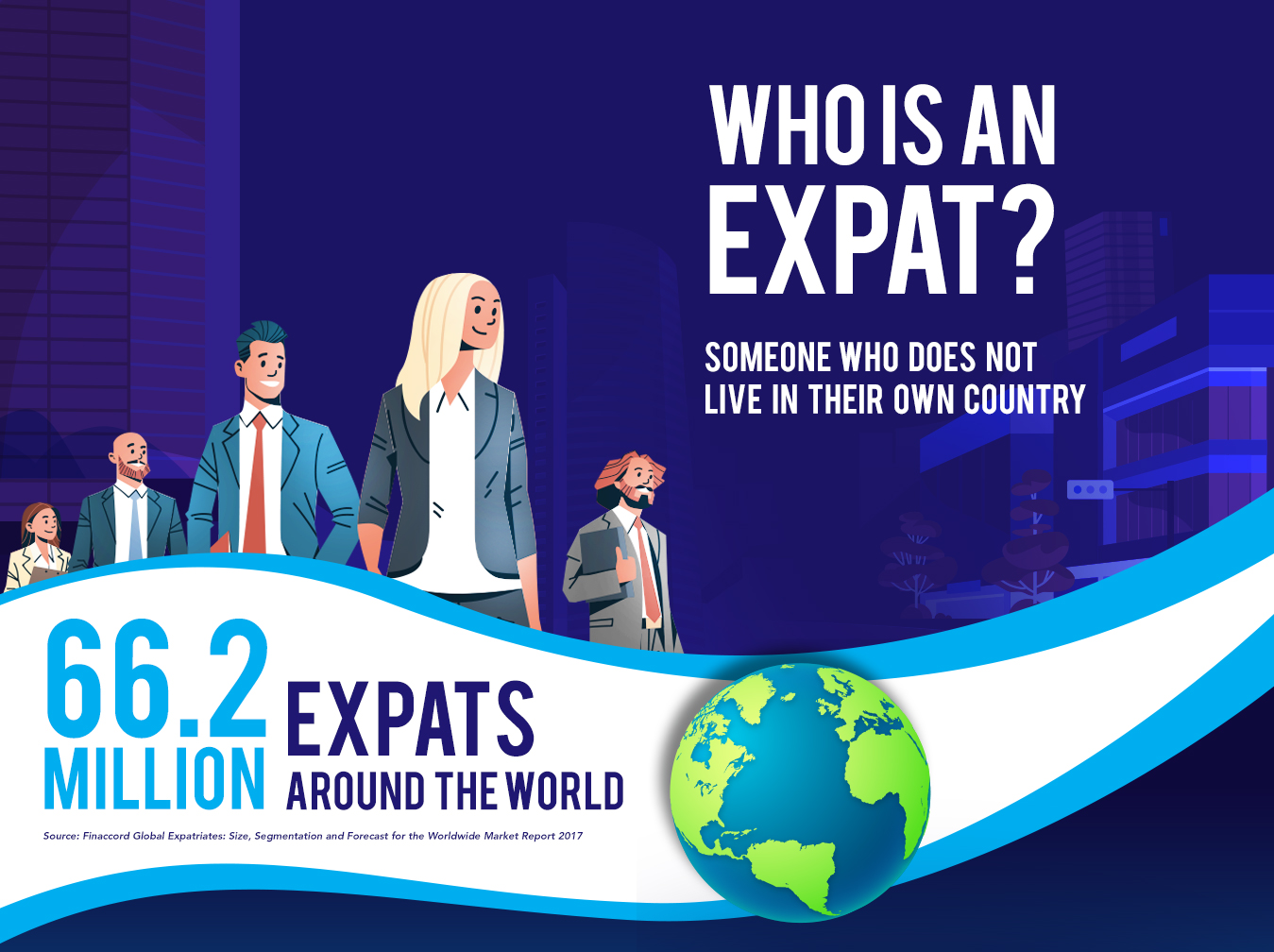 But what if the country you are planning to work doesn’t pay its expats well? Or, what if other fellow expats in that country do not recommend it?

If you are going to think about this after leaving the airport and into the new country, there may not be much you can do. But if you are still contemplating on your plans, deciding where to move, and aren’t completely sure, you need to read further!

We have summarised years of research into one simple Infographic.

So are you ready to find out the  ‘Most Favourite Countries’ for expats? Not just that, you might be surprised to know the ‘Top Cities that pay the most’. To make it more interesting, you can find out if your ‘Expat personality’ matches the Top 10 expat behaviours. Apart from this, the infographic will also give you a quick glimpse on important things to do, answers to find and problems to deal with before settling abroad

Let’s find you, your Ideal City!

From 66.2 million in 2017, the total expat population is expected to grow at a compounded annual rate of 7.2 % to 87.5 million in 2021.  While the Middle-Eastern island nation Bahrain maintained its first rank in ‘Top Expat Destinations’ list for the second consecutive year, Ecuador jumped from the 25th spot in 2017 to 3rd in 2018. On the other hand, 7 out of 10 countries maintained their position in the ‘Least Favorite Nations’ from 2017 rankings. While India was among the bottom 10 in terms of ‘Expat Destinations’, Mumbai has established itself as the ‘Top Paying City’ for Expats with an average salary of $ 217,200, comfortably ahead of second-placed San Francisco. Furthermore, Hong Kong was ranked the ‘Most Expensive City’ in 2018, in a list that saw 6 Asian cities in the top 10 including Tokyo, Singapore, Seoul, Shanghai and Beijing.

You also got a glimpse on the major issues faced by expats, the preparation required before moving out and the different reasons why people live abroad. Now that we have compiled the research for you, when are you moving overseas to follow your dreams?

6 Money Tips To Ponder Over While Planning An Overseas Wedding

Sending Your Kid To Study Abroad? What Parents Need To Know

Where to Turn for Support While Studying Abroad

How To Be Prepared For A Layoff While Working Abroad