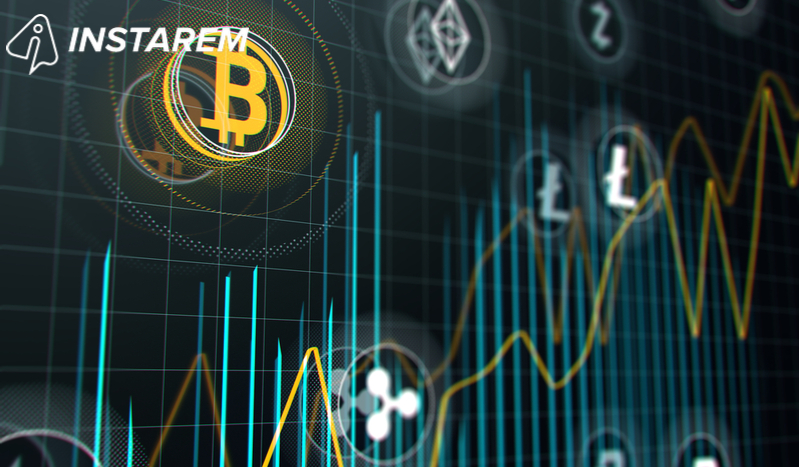 Battered by doubts over its stability and rapid appreciation, altcoins seem to have found their way into the big market through overseas money transfers.

There are nearly 1,000 altcoins in the global market out of which XRP, Bitcoin, Litecoin and Ethereum are the most popular ones. Several online companies, investors and buyers are now embracing altcoins as a mode of transfer rather than as a currency.

However, uncertain regulations and reduced liquidity on cryptocurrency exchanges are currently limiting monthly bitcoin-based remittances to a few million of dollars in a multibillion-dollar market. But start-ups such as Bitspark, Payphil, Bloom, coins.ph and Rebit believe that cryptocurrencies will give traditional businesses a run for their money once they mature, they say, traditional businesses will be in for some serious disruption.

How Does Remittance In Cryptocurrencies Work?

These businesses estimate the amount of money they might need for a day, buy bitcoin in advance and sell it immediately for the currency in the receiving country. This means that these start-ups do not hold cryptocurrency for long, making transactions possible in a matter of minutes, rather than days.

While Bitcoin still tops the list of cryptocurrencies, Ripple is one cryptocurrency that’s making its way to the top quite rapidly.

Ripple is a real-time settlement system, currency exchange and remittance network created by Ripple company. While Ripple is a catch-all name for the cryptocurrency platform, the transactional protocol is actually XRP.

Ripple uses distributed ledger technology which requires different parties to participate in validating transactions, rather than a centralized authority, which allows users to transfer funds instantly. That XRP transfers faster and cheaper as compared to other cryptocurrencies. It also works well for cross-border payments and combats bogus accounts by making it difficult and expensive for spammers to flood the Ripple network with faulty transactions.

Ripple gives its clients the advantage of integrating it into their personal systems so that the transactions can be carried out at any time. Recently, the National Bank of Abu Dhabi started to use this technology to carry out some of its transactions, especially the cross-border ones.

Around 60 institutions around the globe, including RBC, Santander, UBS and UniCredit, have started to use Ripple as this technology enables institutions to make faster settlements and increases the overall efficiency of a business.

Along with the ability to process transactions, the ledger holds information, like the buy and sell offers for securities, thus serving as an exchange. This helps retail customers by enabling them to carry out cross-border transfers minus any fees and FX margin.

With its promise of providing high-speed transactions at minimal cost, cryptocurrencies facilitate money remittances for both international and domestic purposes. However, with the increasing load on the network and because of the absence of any consensus regarding the scalability issue, cryptocurrencies lack the simplicity of traditional payment methods. With the traditional methods, one didn’t have to be tech-savvy or didn’t have to learn to work with cryptocurrency exchange services. Besides, transferring money using cryptocurrencies requires attention to details, and takes away the minimalism that comes with card-to-card transfers.

Popularised as the technology behind Bitcoin, blockchain technology has its wings spread far beyond the cryptocurrencies. The latest developments prove the potential and its ability to become fundamental to every electronic transaction.

A kind of electronic ledger, blockchain is nothing but a record of transactions. However, unlike the traditional ledgers that are held centrally in one single place, the new transactions in blockchain are recorded on a public ‘block’, and they are connected to the earlier transactions. This methodology helps in creating a timeline that allows cross-referencing between users. The advantage of blockchain technology is that it makes it impossible to alter the past records for any purpose, whatsoever. In case, there are multiple versions of the blockchain, it’s an indication that the file or the chain has been tampered with.

Another advantage of blockchain is that it eliminates the necessity for a reliable third party during online transactions. Moreover, since it is safer, faster and less prone to error, banking institutions and other financial groups are considering a shift toward this technology. According to megatrends, “By 2022 blockchain could reduce global banks’ infrastructural costs by USD15-20 billion a year.”

Blockchain-enabled technology, according to Ripple, has the potential to reduce 33% of the USD 1.6 trillion system-wide costs for global cross-border transactions. Spain’s Santander Bank states that it has already detected 20 to 25 uses for blockchain technology in different parts of its business, for instance, in smart contracts and international payments. In fact, Santander is the first bank in the United Kingdom to have used blockchain technology to transfer live international payments. According to the bank officials, it is expected that by using blockchain technology, the bank will be able to reduce its global infrastructural costs by USD 15-20 billion every year.

While the current trends are favourable for cryptocurrencies, only time will tell if they will survive the ever-evolving marketspace.

9 Facts You Didn’t Know About RIPPLE