Skip to content
Loading...
Latest posts
Why You Should Pay Your Suppliers On Time & How InstaReM BizPay Can Help You Meet This Goal
Making Card Payments To Suppliers Who Don’t Accept Credit Cards
Why Card-Based Lending Is More Favorable Than Business Loans For SMBs
Podcast: How Using Your Credit Card As A Tool For Cash Flow Can Help Your Business
Ensuring Security of Transactions In The Digital Era
Money Know-How 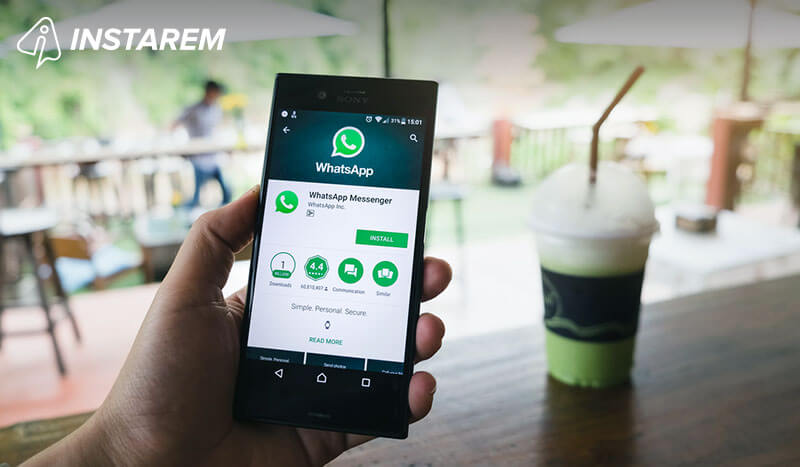 Today, a variety of digital payment applications at our fingertips has made life super easy. The evolution of digital wallets and payment platforms is continuously modifying the way we move our money. With the entry of players like Google Tez, Paytm, MobiKwik, Juspay, and BHIM, the digital payments sector has become highly competitive. However, it’s the entry of Facebook-owned WhatsApp Messenger into the digital payments sector that will wage a war of sorts between WhatsApp and the existing players.

The popular messaging app, with over 200 million monthly active users in India, will soon launch its payments feature for its users. WhatsApp’s payment feature ensures swift money transfers/payments without storing the balance in any digital wallet. In the hope to revolutionise the digital payments landscape, WhatsApp had rolled out the beta version of the payments feature to select iOS and Android users.

How Does The WhatsApp Payments Feature Work?
To wrap our heads around the WhatsApp payments feature, we need to understand how this feature really functions. One important thing to remember is that the WhatsApp payments feature is only available on the mobile version of the application and not on WhatsApp Web. In India, WhatsApp has based its Payments feature on Unified Payments Interface (UPI) platform. It is like a unique identification of you which bank uses to transfer money. This enables one to send and receive money through their UPI-linked bank accounts. All you need is a bank account which is linked to your registered mobile number. To start off, one of your friends who has received the UPI update could invite you to see the feature. WhatsApp Payments interface supports all UPI integrated banks.

Setting Up
To start using the WhatsApp UPI payment feature, one needs to have the version of the app, better known as the WhatsApp version 2.18.46 or later. Firstly, go to ‘Settings’, the Payments feature will show up inside Settings. Once you click on Payments, you will be directed to a new page that reads ‘Send and receive money securely with UPI.’ Tap on Accept and Continue. Verify your phone number by choosing ‘Verify via SMS’. Once the number is authenticated, you need to choose a bank from the displayed list. Once you do that, you can use the Payments feature to send and receive money via WhatsApp. This will take them to the next window where their mobile number will get verified.

Sending Money
Once you are set up, the next question that crosses your mind is that how can you start using the feature? To pay, you need to first go to a friend’s profile on the app and tap the ‘Attachment’ button. This will show them the ‘Payment’ option button and once they tap it, it may display an error message revealing that their friend doesn’t have a WhatsApp UPI feature. In this process, what they will be doing, in reality, is enabling the WhatsApp UPI feature for their friend. Once this is complete, one can again go to their friend’s message window and select the ‘Payment’ option under the Attachment’ button. The next window will display the receiver’s name, the sender’s bank details linked to the mobile number and an empty space to type in the amount of money. One can easily type in the amount of money they want to send. The next window will request them to enter their UPI PIN number to complete the payment.

Now that we have taken you through the basics, here are a few things Indians need to know about WhatsApp Payments feature:

The Changing Payments Landscape
With over 1 billion active users in the world and 200 million users in India, this will probably be the biggest boost to the digital payments scenario in India. Given the advantage of its huge user base, WhatsApp’s payments feature is really going to set the bar high for other players in this space. The launch of WhatsApp’s payment service comes a few months after the launch of Google’s Tez application. Tez, like WhatsApp, uses UPI.

While WhatsApp’s service can only be used to send money to registered contacts, Tez allows a user to transfer funds to any bank account using one of many options, including an account number and branch code, mobile number, or UPI identification. Similarly, Paytm and other mobile wallets too have a loyal user base.

Though the WhatsApp payment service will eat into the market share of others in the peer-to-peer space, it does not pose an immediate threat to cross-border money transfer services. However, the new service by WhatsApp will definitely usher an era of app evolution by pushing the other players to make their interface more user-friendly, more interactive and faster to keep up with the changing scenario.

Voice-Based International Remittance: How Does It Work?

What Should A Freelancer Look For In A Bank Account?

Not really your pal!