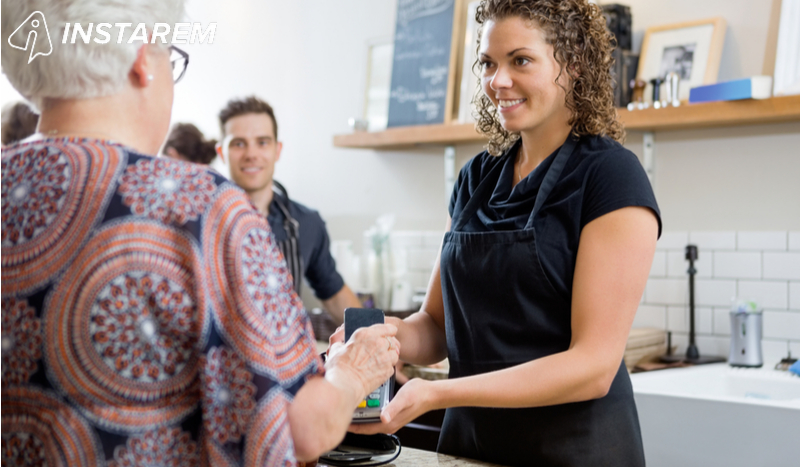 What Is Dynamic Currency Conversion?

If you have ever made purchases with your credit card while travelling abroad or even while shopping online on an international website, chances are you have experienced Dynamic Currency Conversion (DCC), even if you were unaware of it at the time. In most cases, DCC can be detrimental to your financial health, so you will be better served if you understand its dynamics (pun intended!), and how it can affect your foreign budget.

Put simply, DCC is a financial process that allows credit card holders to choose to pay for their purchases in their home currency at the point of interaction with the merchant. DCC, which is offered by merchants ( not credit card companies) and is usually managed through third-party operators, converts the cost of the transaction into the purchaser’s home currency. This is why DCC is also sometimes known as Cardholder Preferred Currency (CPC).

Read on to know more about Dynamic Currency Conversion and how this information can help you make more informed decisions while travelling and shopping abroad.

How Does DCC Work & What Does It Involve?

Suppose you are an Indian citizen travelling to Australia on holiday.

While window shopping, you see a winter coat that you just have to buy (or so you tell yourself!). You take your selection to the checkout counter and the friendly Aussie operator rings up your purchase. You then present your credit card (which is drawn on an Indian bank) to the operator and she offers to add DCC to your transaction.

At this point, she may show you two different bill amounts, one in INR and the other in AUD. The AUD value is not the actual value of your purchase, but rather the DCC value based on the day’s exchange rate, with fees and charges added to the actual bill.

You want to avoid the hassle of checking the exchange rate, comparing the two presented values and figuring out which one is cheaper for you. You prefer someone else to take care of the Math, so when presented with the DCC option, you assume that DCC will make your life easier and therefore say ‘Yes’. You probably tell yourself: ‘There can’t be that big a difference between the INR and AUD values, right? I might as well just opt for DCC and pay in the currency I am more familiar with (i.e. INR)’.

But when you get your credit card bill a few weeks later, you decide to do the Math you avoided at the time of purchase. To your surprise and mortification, you find that the final amount has been calculated using a currency conversion rate that is higher than the actual going rate, with pretty high currency conversion and DCC transaction fees tacked on to the final bill. The end result is that you end up paying much more in INR than you would have in AUD, had you declined DCC.

Does DCC Provide Any Benefits At All?

Yes, DCC can prove advantageous in a couple of ways, depending on the currencies under consideration, the prevalent exchange rate and your luck as well! here are a few benefits of DCC:

DCC locks in an exchange rate at the time of making a transaction. This rate is based on a wholesale interbank rate with additional ‘markup’ (i.e. margin) applied. This differs from the exchange rate offered by the card issuer, which is only applied to the transaction on the day it is processed, which could be many days or weeks after the day of purchase, and not on the day of the purchase. During this period, the rate could potentially change (here and here are two good articles on exchange rates, their types and how they are determined) and that’s why you see a higher charge on your credit card bill and end up paying more. Thus, at the time of purchase, you don’t have to do your own Math because you know exactly how much you are being charged in your own currency, so opting for DCC could get you a better exchange rate than the other options on offer.

If you opt for DCC and it is applied to your purchase, the currency conversion is done by the merchant or the third party DCC provider at the point of sale. Unlike a credit card company, a DCC operator is required to disclose the exchange rate used for conversion at the time of the transaction and not a few days or weeks later.

Most people are able to better understand prices in their own currency, so the apparent convenience and transparency of DCC can make it easier for travellers to keep track of their foreign budgets and expenses.

In most cases, however, the biggest benefit of DCC is enjoyed by the merchant and third-party DCC provider. They determine the exchange rate that is applied to the transaction so that they both benefit from the margin applied to the wholesale interbank exchange rate.

What Are The Disadvantages Of DCC?

The words ‘incomplete’ and ‘transparency’ might seem somewhat oxymoronic, but this is actually one of the biggest problems with DCC. Although the final exchange rate is disclosed to the customer at the point of sale, the percentage of the margin included in this rate is not.

Most people do not fully understand how the margin percentage is calculated and applied during DCC conversion, and how this will affect their final transaction cost. In fact, the exchange rate applied at the time of transaction has the margin worked into it and it is meant to benefit – you guessed it – the merchant and the service provider, and not the customer (i.e. you).

Therefore, the final amount that is charged to your account after conversion into your home currency ends up being higher than it would have been had you not opted for DCC.

2. A Foreign Transaction Fee Is Levied Even If You Aren’t Paying In A Foreign Currency

By opting for DCC and converting your transaction into your home currency at the time of purchase, you avoid paying in a foreign currency. Does this matter? Well, yes. The problem is that many people believe that by doing this they can also avoid paying the bank’s foreign transaction fee. Unfortunately, that’s not the case. The truth is that with most credit cards, a transaction fee is payable for all foreign transactions, irrespective of the currency being charged at the point of sale. With this fee, the credit card company is simply charging you a percentage value for the transaction made abroad, and not for the actual currency conversion, which incurs a different and additional fee. Some estimates suggest that a DCC fee is added to around 90% of overseas credit card transactions, and sometimes these fees can be as high as 5% of the transaction value.

If your final transaction value in your home currency is higher than the value in the foreign currency, your fee is also higher, and you end up paying more for your transaction after DCC than you would have had you not opted for it.

3. Using DCC Does Not Help You Avoid Currency Conversion Fees

Even though DCC converts the transaction into your home currency, you still have to pay a currency conversion fee as part of the process. When you consider the exchange rates – these can vary as per card issuer and usually end up being unfavourable for consumers. Add the foreign transaction fee and currency conversion fee, and the outcome can hit your wallet pretty hard, even if you don’t realise it at the time.

4. DCC Is Applied To All ‘Foreign’ Transactions

A: The answer is, YES! There are a few ways in which you can save money while travelling overseas.

The world is becoming more and more ‘plasticised’ and for many people, cash is no longer a preferred mode of spending. However, while travelling to a foreign country, you may be better off loading up on local currency and using it to pay for small transactions such as food, shopping and entertainment, instead of overburdening your credit card.

Another option is to carry a debit card, one that charges you low or no foreign transaction fees. This will enable you to withdraw cash as and when needed and help you avoid carrying a lot of it on your person.

2. Do Your Credit Card Research

Find out whether your credit card charges for currency conversion and foreign transactions and how much these charges are. Over 90% per cent of all credit card issuers charge fees for even using their cards internationally, which could result in inflated bills. However, some cards and banks offer fee-free usage, which can save you a lot of money in the long run, especially if you travel frequently. Apply for a no-foreign-fee card, if you don’t have one already.

In addition to using a card that doesn’t charge foreign transaction fees, steer clear of DCC and pay in local currency when travelling. This will eliminate uncertainty, hassle and the shock of unwanted charges.

If a merchant selects DCC without asking for your permission or despite you refusing to opt for it, ask them to cancel the initial transaction and run it again in the local currency. Always check the bill before the payment is finalised to make sure that everything on the bill is accurate, including the billing currency.

Utilising the services of an overseas money transfer company can save you a lot of money in charges and fees, especially if you are a frequent traveller and end up using the service often.

Until a few years ago, sending or receiving money across borders was cumbersome and costly. Is it possible to transfer money easily and quickly between a number of countries in Asia, Europe, North America and Oceania? With InstaReM, definitely!

It is possible to make your hard-earned money #DoMore on international sojourns. The key is to keep an open eye and research your options thoroughly before you begin your journey.

Travelling Abroad? Avoid These 8 Mistakes To Save Money

10 Travel Expenses You May Not Be Aware Of