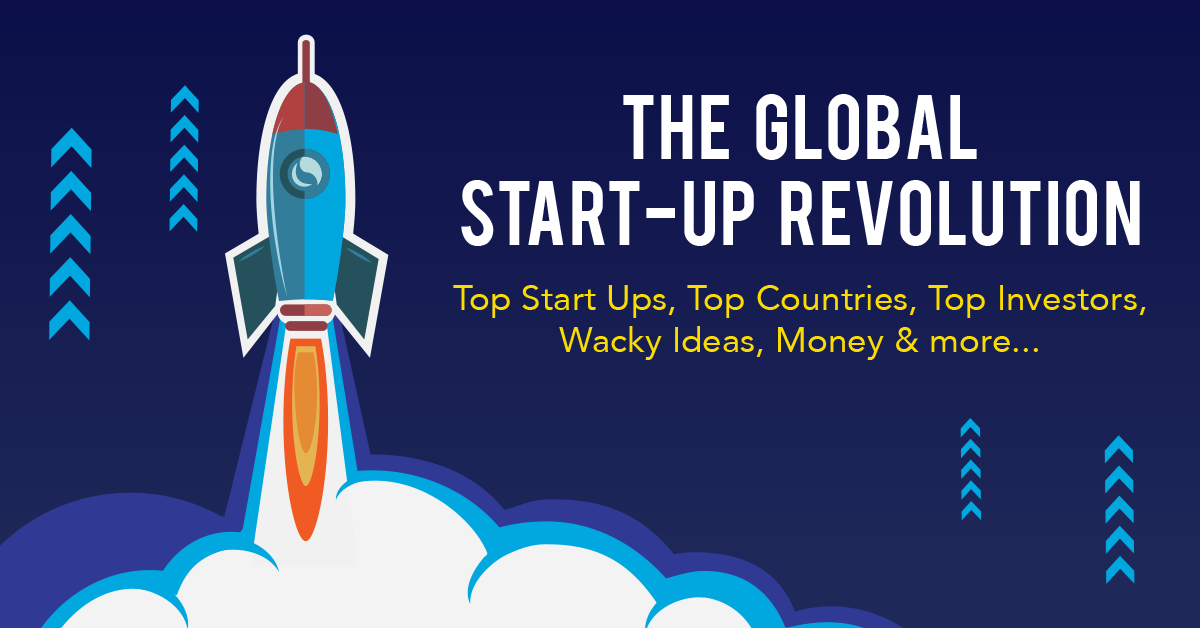 Do you work for a start-up? Or

Do you want to Start-up? Or

Do you already own a Start-up?

If your answer is ‘YES’ to any of the questions mentioned above, here is an Infographic that will give you a global perspective on the Start-up Revolution.

Before we start, A start-up in simple terms is a company in its early stages of business development.

So let us find out the world’s most valued start-up, countries with the highest number of start-ups, wacky ideas that made millions and more

As you can see from InstaReM’s Master Infographic on Global Start-ups, the United States of America leads the world in terms of the number of start-ups, followed by India and the United Kingdom securing the second and third ranks respectively (Source: CB Insights Data). The United States also leads in the highest number of Unicorns’ (Privately held start-ups valued over USD 1 billion) list, followed by China and the United Kingdom.

The infographic also provides a sneak-peak into some of the wackiest ideas that ended up minting money and winning awards. Furthermore, if you are in a start-up or aspire to start one, you must keep a check on the top reasons that lead to a start-up’s failure.

InstaReM wishes luck to everyone in the start-up ecosystem and wholeheartedly credit the start and momentum of this phenomenon to EVERYONE who is a part of the GLOBAL START-UP REVOLUTION!

Planning Your Next Career Move? Here Are 5 Trending FinTech Careers For 2019