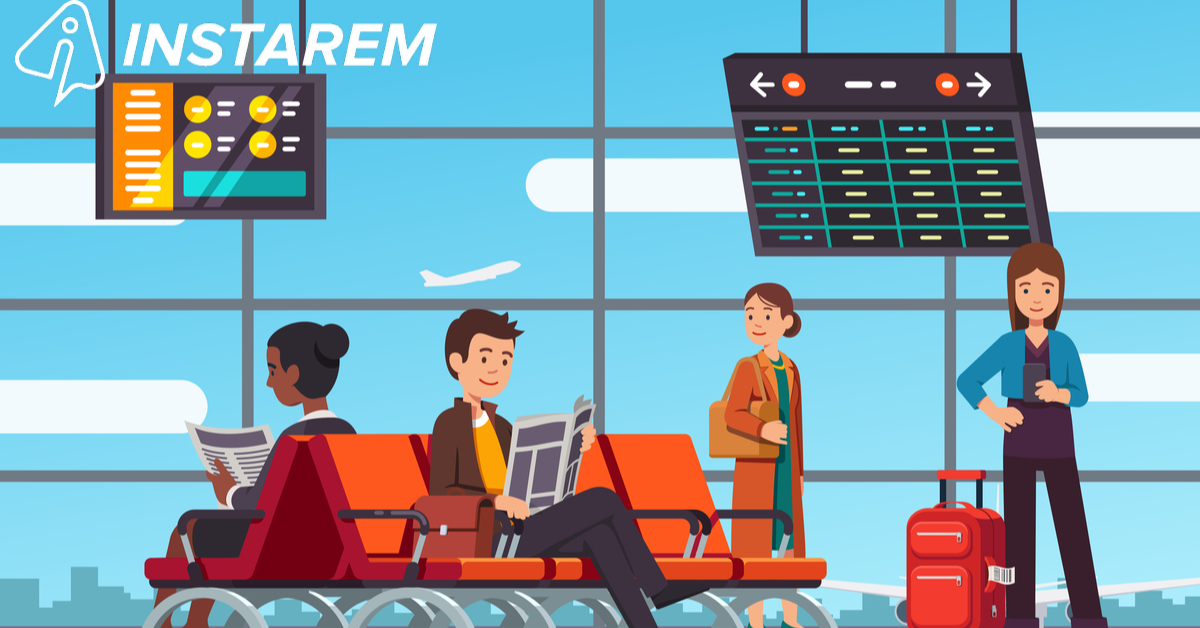 If you’ve ever heard these songs playing in a home or restaurant in Jersey City (USA), Singapore, Durban (South Africa) or Southall (London), you would be forgiven for thinking that you have been magically transported to the bylanes of India.

The Indian expat community is one of the most vibrant and dynamic expat groups in the world, and Indian music is just one of the many ways this group stays in touch with its roots and culture.

The Indian Diaspora: What Do The Numbers Say?

According to 2017 figures from the United Nations, India’s expat population of 16.6 million people is the largest in the world. This figure has more than doubled since the year 2000 when India’s expat community was only 8 million-strong. Indian expats were outnumbered by Russian and Mexican expats in that year. However, the Indian expat population registered a substantial growth of 17% (13.2 million to 16.6 million) between 2010 and 2017. The UN report also shows that India is one of the ten countries that account for one-third of all international migrants. Since 2000, India has witnessed the second-highest increase in its expat population. In fact, at 108%, the Indian diaspora is second only to the Syrian Arab Republic.

On the whole, India has been a ‘net emigration’ country for several decades now, with more outflux than influx. Between 2000 and 2015, India lost nearly half a million people to new migration each year, second only to Bangladesh and ahead of Mexico, Myanmar, the Philippines and even China. Between 2010 and 2015, this number went up to over half a million, pushing India up to the second position on the list of net emigration countries.

Another interesting fact is that apart from the Non-Resident Indians or NRIs, a large number of people of Indian ancestry also live outside India. A report compiled by India’s Ministry of External Affairs in December 2018 puts the population of ‘overseas’ Indians, i.e. NRIs plus Persons of Indian Origin (PIOs) at a whopping 31 million.

Indian Expats: Where Are They Going?

According to the UN’s International Migration Report (2017), the UAE was among the three most popular destinations for Indian expats other than the USA and Saudi Arabia, between 2000 and 2010.

Between 2010 and 2017, four of the most popular ‘bilateral migration corridors’ in the world were:

Put another way, the USA and the three Middle Eastern nations of Oman, Saudi Arabia and Kuwait were four of the most popular countries for Indian expats between 2010-2017. Indians are one of the largest immigrant groups in the USA with nearly 9 out of 10 Indian-Americans born in India (i.e. 1st-generation Indian-Americans).

While most Indian expats in the Middle East work either as manual labourers or domestic staff, in the USA, Indian-Americans are employed in high-paying jobs in STEMM (science, technology, engineering, mathematics and medicine)as well as management, business, finance, law and higher education. Indians are, in fact, among the highest-earning ethnic groups per capita in the United States.

Unlike many countries that host expats from specific countries such as the USA for Mexicans, France for Algerians or Australia for New Zealanders,  Indian expats are spread across a number of countries including UAE. The USA and Saudi Arabia. :

Apart from the countries mentioned above, the UK and Australia are also very popular destinations for Indian expats. A recent document released by Australia’s Department of Foreign Affairs and Trade (DFAT) shows that Australia’s Indian diaspora – consisting of both Australians of Indian origin and Indian residents in Australia – was 700,000 strong and the 2nd- highest tax-paying diaspora after the British. As a group, the Indian diaspora in Australia is educated, employable and wealthy. The 4 most common Indian languages spoken in Australia are Punjabi, Hindi, Malayalam and Gujarati

These statistics hold true for the Indian expat community in almost every country it has a presence in.

In the UK, the Indian expat community attends elite universities and is employed in highly-skilled jobs in the fields of medicine and engineering. A 2017 media report also stated that every third Indian household in the UK falls into the wealthiest bracket, earning over £1,000 per week.

Indians are the 3rd-largest ethnic group in Singapore, after Chinese and Malays. Indian expats (Indian passport-holders) constitute 21% of the foreign population of Singapore. Of these, at least 60% are professionals in financial services, IT, construction and marine industries; owners of small and medium businesses or students.

It’s interesting to note that although India is known for the outflow of emigrants, it is also a popular host country for emigrants from Nepal, Sri Lanka and Bangladesh. In fact, a 2016 World Bank report found that the Bangladesh-India migration corridor is the 3rd-largest corridor in the world, after Mexico-USA and Russia-Ukraine. This accounts for why Bangladeshi immigrants in India contribute to the largest outward remittances from India.

Indian Expats: Who They Really Are?

The Population Division of UN/DESA in collaboration with UNICEF prepared a common set of emigration indicators for three time periods: 1990, 2000 and 2013. This data shows that gender-wise, Indian emigrants follow the global trend, with more men emigrating than women in all these time periods. In fact, Indian male immigrants outnumber female emigrants in almost every age group, but particularly in the age group of 25-49. This indicates that more prime-age Indian men move overseas than prime-age Indian women.

This trend continued in 2017, with Indian male emigrants outnumbering Indian female emigrants by over 1 million. However, the number of female emigrants as a percentage of ‘international migrant stock’ (UN data) shows a slight but steady upward climb, from 47.8% in 1990 to 48.8% in 2017.

The UN’s 2017 International Migration report compares migration numbers between the years of 2000 and 2017. It found that most of the Indian emigrants (73.3%) fell in the working-age group of 20-64. About 19% of emigrants were aged over 65, a probable indicator of dependent parents moving abroad to be with their expat children. The remaining 7.5% of Indian emigrants were children or young adults aged between 0 and 19 years – either children of immigrant adults or children who migrated to study at an international institution. The report also found that the median age of Indian emigrants fell from 50.7 years in 2000 to 45.6 years in 2017, an indicator of a rising number of younger Indians moving overseas.

Indian Expats: Why Do They Migrate?

Between 1990 and 2017, India witnessed a wave of skilled and unskilled labour emigration to many countries, but particularly those in the Middle East. These trends reflect Indian workers’ response to the rapidly expanding economies in the Gulf, owing to rising oil prices over the years.

Although the Gulf countries along with the USA and the UK continue to attract Indian expats, OECD (Organisation for Economic Co-operation and Development) countries such as the Netherlands, Germany, Norway and Sweden are also witnessing an increase in the number of Indian expats settling within their borders, thanks to better living standards and infrastructure, free education (in Germany) and increased job opportunities.

Traditionally, most Indians who migrate for economic reasons, particularly for low-skilled jobs come from southern states such as Kerala and Tamil Nadu. But in recent years, northern Indian states such as Uttar Pradesh and Bihar are witnessing a rise in the outflow of low-skilled male youth moving overseas, especially in the Middle East, for better job opportunities. work.

Overseas education is another reason that influences the emigration of Indians abroad. According to UNICEF, the USA was the number one foreign destination for Indian students in 2013, followed by the UK, Australia, New Zealand and Germany. Singapore also attracts a lot of Indian students to its postgraduate and doctoral programmes at its leading universities. In Australian universities, Indian students form the largest international group at 15%, second only to Chinese students.

India’s vast diaspora sends billions of dollars in remittances back to India every year. According to UNICEF, the remittance inflow went up from $54 billion (US) in 2010 to over $69 billion in 2012, a $15 billion increase in just two years. In 2013, the World Bank estimated that remittances to India were larger than its exports of information technology services, an important fact considering that IT services exports are a critical component of India’s GDP. And according to economists at the World Bank, by the end of 2018, Indian expats had remitted a whopping $79.45 billion back home, making up for 2.8% of the country’s GDP.

A huge proportion of the $69 billion that flowed into India in 2017 came from these 5 countries:

Most of the remaining remittances came from these five other countries:

These figures substantiate the statistics for the most popular destinations for Indian expats.

In comparison to remittances of $69 billion coming into India, expats of other countries who live in India remitted only about $5.7 billion out of India. The countries that receive the most remittances from India are Bangladesh ($4 billion), Nepal ($1 billion) and Sri Lanka ($520 million). Some other notable remittance-receiving countries are:

The Global Influence Of The Indian Diaspora

Most inventors, innovators and entrepreneurs in many developed countries such as the USA are from India. A number of companies in Silicon Valley were founded by Indians or have Indians in top management roles.

Indian expats abroad tend to have a deep connection with their ‘homeland’, as they are often involved in philanthropic activities. That apart, Indian expats also bring along higher productivity and technological know-how in some industries.

In addition, the strong Indian diaspora has led to a level of ‘Indianisation’ in many countries including the USA, the UAE, Canada, the UK, New Zealand and Australia. This is not only due to the large numbers of Indian expats living in these countries but also because these expats have brought with them aspects of their culture that have been accepted and, in some cases, wholeheartedly adopted in their new home countries. These include:

A number of Indian languages are spoken in immigrant countries. Indian customs and festivals like Diwali, Holi and Navratri are celebrated all over the world, particularly in countries with a strong Indian expat population.

All in all, the Indian expat community’s massive size means that it is a force to be reckoned with, no matter where it lives.

Things Indian Expats Miss The Most After Settling Abroad

Planning to Settle Abroad? Things You Must Know!