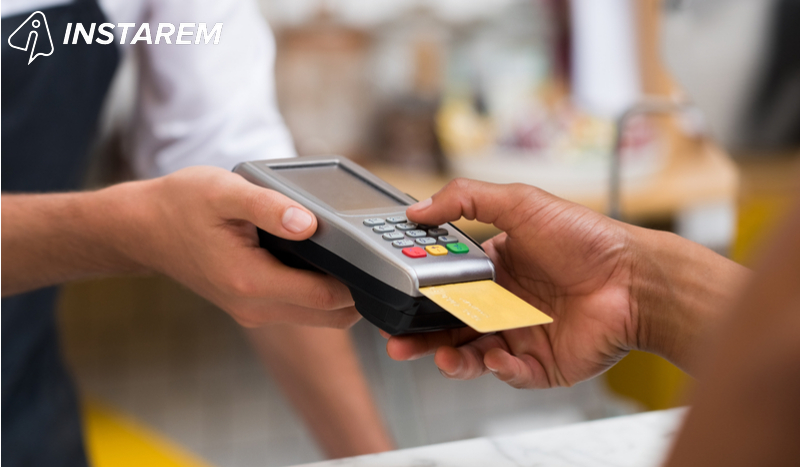 What Is A Cashless Society/Economy?

This is exactly what a cashless society/cashless economy is. In a cashless financial system, the circulation and use of cash are eliminated and all payments are made through electronic methods only. These methods include:

In a completely cashless society, there would be absolutely no cash in the financial system. Although the world is far from realising a perfectly cashless economy, many countries around the world are already well on their way, including:

Many other countries are not overly cashless, but are making a concerted and deliberate effort to change the situation:

To know more about some more of the world’s most cashless countries, check out the next section.

Which Are The Most Cashless Countries In The World?

A number of countries, particularly in the developed world, are seeing a fundamental shift to a digital, cashless economy. In addition to the countries already mentioned in the previous section, some of the most pronounced examples of this official push towards ‘cashlessness’ are:

What Are The Biggest Drivers Of A Cashless Society?

Illegal activities such as terrorism, drug trafficking and human trafficking are by their very nature cash only. According to Peter Sands, a Harvard University academic, “Drug trafficking is the biggest driver of illegal financial flows and a major source of funding for terrorism. And drug trafficking always ends up in cash at some point in the chain.” Thus, these illegal ‘businesses’ are not only the biggest purveyors and customers of cash; they are also important driving forces that push many governments towards a cashless economy.

Other national goals that are important drivers of a cashless society are:

What Are The Risks Of A Cashless Society?

In the current economic and political climate, a global cashless economy is not without its problems:

The digital/cashless financial system is susceptible to the risk of ‘going offline’. Since digitalisation is so closely tied to the availability and performance of the Internet and power systems, downtime could pose serious problems to the health and future of its financial and economic structures. This is especially true in developing countries where a lack of adequate telecom/Internet infrastructure and frequent blackouts are among the biggest challenges to the adoption of a cashless economy.

Another problem is that the current digital payments environment is too segmented and disparate. Consumers and sellers use multiple payment platforms, each with their own user interfaces and authentication systems which gives rise to multiple friction points during the payment process. This lack of consolidation prevents consumers from enjoying a seamless transactional experience and ultimately prevents the adoption of a truly cashless economy.

Some critics also believe that eliminating cash can lead to unplanned overspending. A 1986 paper by Richard A Feinberg, then an associate professor at Purdue University, found that the availability of credit cards led to an increase in both the size and probability of consumer spending. With plastic becoming more ubiquitous and an important driver of cashless societies in every developed country (and many developing countries as well), it is likely that in future, credit card stimuli-driven spending will only grow in volume. This increase in electronic payments and the move towards a cashless society is already correlated with higher levels of consumer debt and this worrying relationship is likely to get stronger in future.

In many countries, the economy’s purposeful shift away from cash has not necessarily percolated to its marginalised and vulnerable segments such as the elderly, the disabled and the homeless. These sections still depend on physical money, and are, therefore, especially susceptible to becoming victims of crime. More importantly, they are in danger of being pushed to the very margins of the financial utopia that is purportedly the main aim of a cashless society.

Finally, a cashless society is vulnerable to systems breaches and data theft. Until foolproof methods are devised to keep data safe from cybercriminals, critics will continue to quote this issue to shore up their argument against the adoption of a completely cashless society.

What Are The Benefits Of A Cashless Society?

In spite of problems, the advantages of a cashless society seem to outweigh the disadvantages, as long as the implementation is handled correctly and with an eye on the future.

One ‘macro’ advantage of going cashless is that electronic transactions are cheaper than cash transactions because they eliminate the costs associated with the printing, storage and transportation of large amounts of cash. India alone faced an annual currency operating cost of over 21,000 crore rupees ($3394 million) according to a 2014 study by Tufts University. From the individual’s, i.e. ‘micro’ perspective, cashless transactions are usually protected by end-to-end encryption, fraud-preventing technology and digital receipts and, hence, not susceptible to physical theft.

The drive towards digitalisation provides a number of easy-to-use digital and contactless payment options which allows for faster and convenient transactions and also enables more individuals to access financial services. In low and mid-income countries such as India, Nigeria, Bangladesh and Kenya, the growth of a cashless society and development of its associated supply-side infrastructure will push digital payment methods into rural areas that had previously accessed credit through informal channels only. By eliminating a reliance on cash and by formalising the credit network, financial systems will become more inclusive, affordable and transparent for all sections of society in general, but especially for weaker sections and low-income groups.

Informal cash-based transactions are almost impossible to track. They also make tax evasion easier and thus deprive national economies of critical tax income. For example, in India, because a huge proportion of transactions (including wages and property purchases) are mainly cash-based, tax revenues are much lower than in other countries.

However, in a cashless society, since all financial transactions will be conducted through formal, organised, trackable channels, they can be traced and monitored by authorities and appropriately taxed. At the same time, tax evaders can easily be identified and penalised. Such financial transparency would not only raise a country’s tax income, but also reduce cash-related corruption.

The presence of a shadow economy is a huge problem for many developing countries. It promotes crime and corruption, increases opacity in the economic system and makes it more difficult for authorities to hold terrorists, mob bosses and tax evaders accountable for their crimes.

In India alone, the size of this shadow economy is believed to be as much as 20% of the country’s entire GDP. Moving towards a cashless economy makes it easier to track black money and curb illicit, cash-only transactions; which will ultimately raise tax revenue, curtail crime and make the economy more transparent and financially inclusive.

The versatile, ubiquitous, ‘liquid’ and non-transparent nature of cash makes it a magnet for international terrorists, money launderers, drug traffickers and human traffickers (which also causes a spike in illegal immigration). Cashless/digital payments allow for full transactional traceability which then gives security forces the necessary tools to crack down on terrorism funding, money laundering and illegal trafficking.

Of course, criminals have found ways to keep going through the ‘dark web’ by using gold coins and cryptocurrencies. Even so, for these activities, cash is still king, and, hence, going cashless is a step in the right direction to wiping out this menace.

How InstaReM Is Leading A ‘Cashless’ Revolution & How You Can Be A Part Of It!

InstaReM, a fast-growing FinTech firm based in Singapore, is leading the cashless revolution in the global remittance space. With its broad network of 8000+ banks in 55+ countries across Asia, Europe, North America and Oceania, InstaReM can help you manage money transfers to your overseas staff, freelancers and suppliers easily, quickly and reliably.

When you sign up with InstaReM, you are assured of secure online data access, full transfer amount (no deductions!) and easy reconciliations. Transparency and reliability are the cornerstones of a cashless society, and no one personifies these qualities more than InstaReM.

With InstaReM, you get:

To check out their services, visit www.instarem.com.

What Should A Freelancer Look For In A Bank Account?