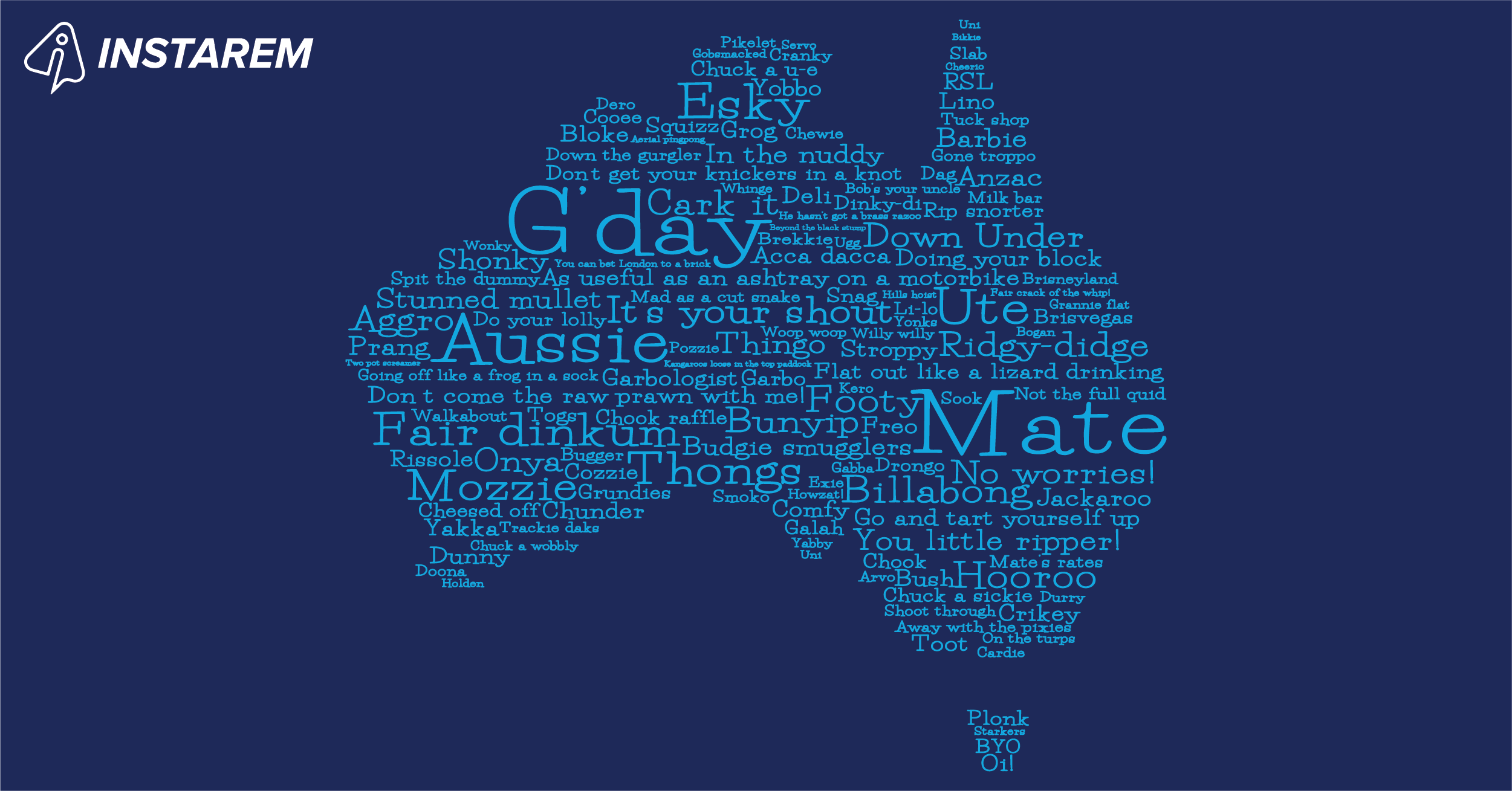 Home to beaches and kangaroos, the starkly beautiful Outback and the iconic Sydney Opera House; Australia offers its residents a charming mix of natural beauty and cosmopolitan living environment. Its economy has grown by leaps and bounds over the past few decades and its world-class cities have low pollution levels and more advanced infrastructure systems than many other global cities. In short, the land Down Under is one of the world’s most urbanised and multicultural countries that offers current and potential expats a very good quality of life.

If you’re moving to Australia or even planning to, good on ya, mate! By now you probably have all the information you need about things like visas, housing, food, the standard of living, etc. But what about the language? It’s English, alright, but with an Australian flavour to it.

Every country in the world has its own unique take on a language, and Australia is no different. Australian English has so many interesting phrases and ‘colloquialisms’ (slang) that it can sometimes sound like a totally different language, especially to someone unfamiliar with its many quirks.

So if you want to interact more comfortably with your colleagues or ‘mates’ and avoid making an embarrassing faux pas in a social setting or simply learn how to speak like local blokes or sheilas, buckle up and read on…

Why Australian English Is Truly Unique

Like other multicultural societies such as Britain, the USA, New Zealand and Canada; English is one of the most commonly spoken languages in Australia.

However, Australian English is more informal and humorous and owes much of its character to its history as a British penal colony. Due to the convict influence and a desire to develop a different linguistic tradition from the ‘mother country’, it shows a bias towards the:

Australian English also tends to be humorous and uses it to indicate affection or invoke laughter even in formal settings such as government meetings or TV appearances!

Australians also tend to shorten some words and sentences. Often, these ‘diminutives’ are formed by taking the first part of a word and substituting an a, o, ie or y sound for the rest of the word. For example, instead of saying “let’s have a barbeque this afternoon after the football game”, an Australian native may say “let’s have a barbie this arvo after footy”. And rather than saying “Carry an umbrella” an Australian would probably say “Carry a brolly mate!”

The Australian accent is unique and has diverged greatly from the original British (or English) accent. For people unfamiliar with the lingo and the accent, it can be a little difficult to understand, at least in the beginning.

And in some cases, even for words that are common to British, American and Australian English in usage and meaning (even if spellings are different), the pronunciations are often uniquely Australian. The table below gives some examples of all 3 types of words and accents:

Interesting stuff, huh? Australia is not only one of the most livable countries in the world, in terms of its healthcare, education, infrastructure, environment and culture, but the people of the world’s smallest continent are as big-hearted and vibrant as the nation they call home.

However, getting used to the quirkiness of Australian English can be a challenge for new expats, especially if they don’t come from an English-speaking background. We hope that this guide helps you understand the Aussies better.

Visiting Ireland? Over 80 Slangs & Phrases You Might Want to Know

Moving To Canada? Here Are 75 Canadian English Slangs & Phrases You Must Know

If You Skip 3 Weeks Of An Australian Newspaper Subscription, You Can Do This In India!