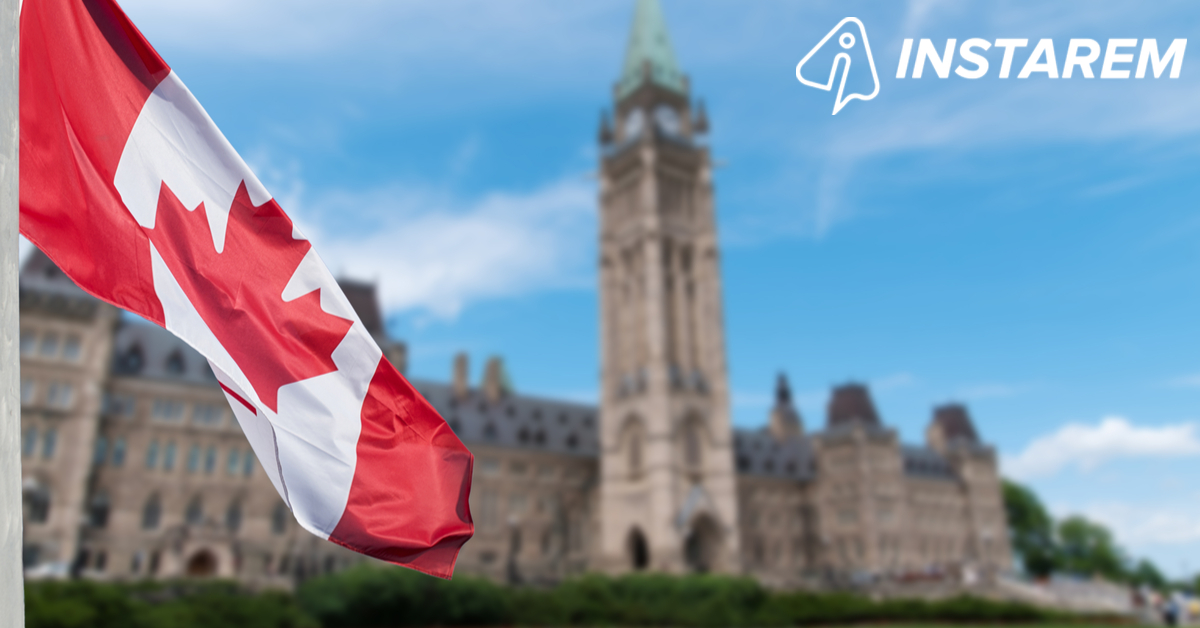 Land of the Rockies…

Home of the Niagara Falls…

Creator of maple syrup and poutine…

Of course, you know which country we are talking about.

CANADA, a peaceful nation blessed with a rich history, well-mannered Canucks (Canadian people), highly urbanised cities and breathtaking natural beauty. If you are moving to Canada, you can definitely look forward to a wonderful rich expat life.

Canada is deservedly proud of its multicultural social ethos, thanks to the plethora of races, religions, languages and nationalities that now call this charming country their home.

On the languages front, large Canadian cities like Toronto and Vancouver are full of people speaking a number of languages – right from Punjabi and Mandarin to Tagalog and Arabic. About 21% of Canada’s population speaks French, particularly in Québec.

But of course, as with most Anglo countries, the language that continues to hold sway in Canada is ENGLISH. Consider these facts:

Put all of this together and you will realise that if you speak and understand English in Canada, you will do just fine!

Like other Anglo countries (check out our article on Australian English!), Canadian English is also full of interesting phrases and unusual colloquialisms that make it truly unique!

So, without any further delay, let’s dive into the mysteries and joys of anglais Canadien! Print out this guide, put it in your knapsack and get ready for your new Canadian adventure!

Canadian Vocabulary Every Expat Must Know

Canadian English is an odd duck.

The language is an interesting variant of American and British English. It also includes influences from First Nations languages, French and other languages.

So if you’re going to Canada anytime soon, here’s a list of useful terms that might come in handy. These are the words and phrases that are uniquely Canadian and often that’s jokes (hilarious or funny)! Master them and you will sound like a local in less time than you can say a-boot time!

Canada has gifted the world plenty of amazing culinary delights, from poutine and Timbits to Nanaimo bars and butter tarts. If you are planning to explore the gastronomic scene there, here’s a quick vocab guide to help you navigate your way around a restaurant or bar in Canada:

You’ve probably heard that Canadians are a very polite lot. It’s true! And they love to say sorry and pardon even if they’re not at fault!

With a Canadian, you can have a polite conversation – or even a friendly one – with the word eh. Canadians don’t mind it in the least! This classic term used in everyday Canadian conversations can indicate that you don’t understand something or can’t believe something is true. You can even use it if you want the other person to respond to something you said. It’s similar to ‘huh’, ‘right?’ and ‘what?’ commonly found in American and British English.

Plan to study in Canada?

Load up on these terms first! Otherwise, you may accuse a Canadian of being a loonie and get strange looks in return!

The people of Canada are as social as the people of any other country. And when you consider that only about 10% of the vast Canadian landmass is actually occupied by humans, this seems amazing, doesn’t it?

Once you settle in Canada, you will surely develop a rich and rewarding social life. But make sure you know these words first to avoid awkward encounters and uncomfortable silences – whether you’re at a formal do or just hanging out with pals!

No, this section is not about the famous Australian soap opera!

If you’re living in Canada, you need to acclimatise yourself to some strange-sounding words that you will hear every day in your personal and professional life.

On the spelling front, Canadian English tends to combine aspects of American and British English. Canadian pronunciations too are influenced by British and American English (despite regional variations).

For the most part, Canadians tend to sound like Americans. However,  there are some accent differences between Canadian and American spoken English, although they are not always easy to discern!

The best-known feature of Canadian English pronunciation is the phenomenon known as ‘Canadian raising’ which affects two specific diphthongs before voiceless consonants like f, k, p, s and t. This ‘raising’ makes the vowel in ‘out’ sound more like ‘oot’ to American ears (and hence the ‘oot’ and ‘aboot’ stereotype!).

Other unique features of Canadian pronunciations include the ‘low back merger’, which makes caught and cot sound similar and the ‘Canadian vowel shift’ which makes  ‘bit’ sound a bit like ‘bet’ and ‘bet’ sounds a bit like ‘bat’!

OK, so now we know that Canadian English spellings and pronunciations are a charming mish-mash of British and American English.

So you’re new to Canada, eh? With this guide, you won’t feel like a newbie for long.

And don’t worry about fitting in. Canadians are among the nicest people you will ever meet. So even if you don’t warm up to the Canadian winter (-30° Celsius anyone?!), you’ll definitely warm up to the Canucks and to the uniquely charming Canadian English in no time!

Visiting Ireland? Over 80 Slangs & Phrases You Might Want to Know