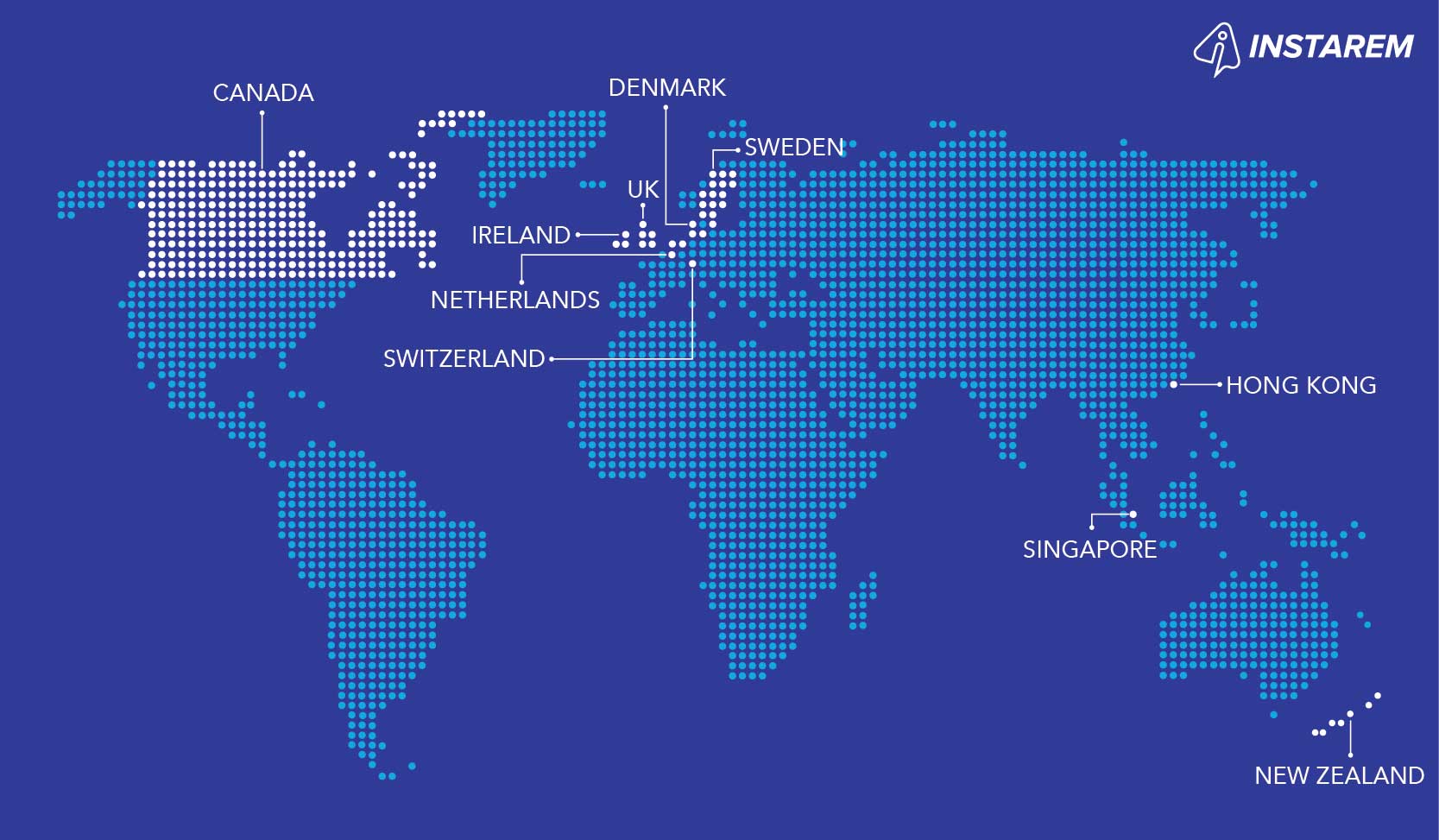 Revolutionizing the world of financial services, FinTech has captured a large share in the competitive business market. Financial technology startups are aimed at helping more people make the most of their money. From investment management and payments to dealing in digital currency; fintech companies have been a key transformer in the financial sector.

Merely a decade old, fintech acts as a bridge between citizens and the financial services they need. The main reason for its expansion is the transparency it offers. Along with it, fintech companies ensure faster settlements and offers products customised as per the customers’ needs. This digitisation of financial services has enabled greater audit capacity, increased payment transparency, and has significantly reduced security risks.

Demand for flexible financial products has emerged predominantly from tech-savvy millennials. With the competition increasing at an unimaginable rate, customer satisfaction has become the only way to garner their interest. It is this customer centricity that has played a pivotal role in the increased global adoption of fintech. Let’s look at the world’s top 10 countries that offer a fertile playground for FinTech startups.

One of the fastest growing sectors in the British economy, FinTech is reported to generate over £20 billion annually and engages more than 60,000 people. FinTech effectively combines the spheres of finance and technology. With the world’s highest concentration of financial institutions across banking, insurance and asset management sectors, London offers an exceptional platform for FinTech solutions. What makes the market more conducive to FinTech growth is strong policies, effective tax incentives and a number of government programmes that support FinTechs. Besides, a good talent pool with financial expertise and availability of capital for early-stage investment make the UK the best market for up and coming FinTech startups.

A close second to the UK, Singapore emerges as the second-best FinTech hub in the world with the Singapore government committing USD 225 million to the development of projects. It has also signed 16 FinTech cooperation agreements with governments and authorities of various countries. Asia’s Fintech hub, Singapore hosts the Singapore FinTech Festival which encourages innovations in areas such as compliance, investment management and cybersecurity. World Bank rates Singapore as a fine fertile ground for fintech startups. The country has a GDP per capita of $52,962 and good internet accessibility. Another factor that’s encouraging for FinTechs is the low cost of doing business, which, at 6.5, is much lower in Singapore than in other countries. With more and more firms going digital, Singapore recognises the cybersecurity risks; and guidelines are being developed by Monetary Authority of Singapore and Association of Banks in Singapore.

New Zealand, along with Denmark, has been rated as the most transparent and least corrupt country by Transparency International, thus proving to be a great market for Fintech startups. Besides being a free market economy that can compete globally, New Zealand’s economy also offers low-interest rates to stimulate the business segment of the country. In an effort to make the market more investment-friendly, last year New Zealand cut its corporate tax rate to 28%.

New Zealand has taken a slew of initiatives to boost the domestic fintech sector and connect startups with investors and potential partners. These include the Kiwibank Fintech Accelerator program, a three-month business growth program launched in late-2016 by Kiwibank, Xero, Mastercard, Callaghan Innovation and Creative HQ; the launch of New Zealand Financial Innovation and Technology Association (FintechNZ), an organisation that aims to bring together innovative companies across the diverse financial services industry for shaping and driving the fintech revolution.

The sixth-largest economy in the European Union, enjoys high trade surplus, stable industrial relations and low unemployment, and Amsterdam’s great combination of a strong financial sector, a fast-growing ICT ecosystem and high adoption of new technology makes it the perfect breeding ground for FinTech startups. With over 350 companies already operational in the sector, the future of Amsterdam’s FinTech sector looks promising. Around 230,000 people work in the finance sector and 250,000 in the ICT sector in the Amsterdam Metropolitan Area.

With 15,000 people employed in Amsterdam’s FinTech sector, it’s no surprise that Amsterdam ranks third in Europe when it comes to FinTech CV funding. The Dutch FinTech industry is particularly well-developed in payments, e-commerce and trading. Besides, the Netherlands boasts of the least cash payments and a 63% mobile-banking penetration, which is the highest in Europe. Some of the most notable international FinTech players in Amsterdam include PayPal, Ebury and BitPay. There are also a number of notable homegrown Dutch FinTech companies, including Ayden, Flow Traders and Optiver.

Blessed with a strong business culture, a world-class talent pool, government support, a sophisticated technological infrastructure and ample funding opportunities, Hong Kong is a thriving ground for FinTech businesses. In March 2018, Hong Kong’s Financial Secretary Paul Chan stated that over HKD 50 billion (USD 6.4 billion) would be used for long-term tech and innovation. The FinTech firms in Hong Kong witnessed a jump in investment, with figures showing that investments rose to USD 545.7 million in 2017 as compared to USD 215.5 million in 2016 and USD 107.5 million in 2015. Another great advantage that Hong Kong offers FinTech firms is access to China, the world’s largest consumer market.

Europe’s second largest Fintech hub, Stockholm has gained popularity as a hub for innovation with high-level execution skills available – both from a technical and from a business perspective. As a result, Stockholm is now attracting considerable international capital. In 2014, investments in Stockholm-based FinTech companies reached a milestone with 15 investments being made in financial technology companies, amounting to a total of USD 266 million. Surveys show that there has been a significant drop in the market share held by Sweden’s four main banks – Handelsbanken, Nordea, SEB and Swedbank, and that the country’s population is looking at FinTech startups as an alternative to banks.

A strong core of established financial institutions, top research facilities at local universities and academic institutions, a strong talent base and low business operating costs make Canada a potential breeding ground for FinTech startups. There are many fintech companies and clusters all across Canada, but most of them are located in Toronto. In fact, Home to a dynamic ecosystem with more than 4,000 active start-ups and over 22,500 new tech jobs between 2015 and 2016, Toronto is the only Canadian city to be ranked as a world-leading tech hub of the future. According to a survey published in KPMG International’s latest Global Technology Innovation report, Toronto is all set to emerge as one of the world’s leading technology innovation hubs over the next four years. However, barriers such as a complex regulatory structure, high compliance costs, low levels of consumer awareness and a lack of access to start-up capital prevent the Fintech adoption rate in Canada from reaching the desired mark. According to the Ernst & Young Fintech Adoption Index in 2017, only 18 per cent of digitally active consumers in Canada had used at least two fintech products in the prior six months, compared to an average of 33 per cent in other countries. To make the environment more conducive to Fintech startups, the Competition Bureau has made a series of general policy and regulatory recommendations to encourage competition and innovation in the sector in Canada.

Being the most digital country in European Union and the number 1 in Europe for ease of doing business, it’s no wonder that Denmark is the second leading FinTech hub among the Nordic countries. Fuelled by the strong ecosystem as well as government-led initiatives aimed at strengthening the FinTech start-up sector, Denmark boasts of many interesting startups and experiments in this area.

However, despite all this buzz around Denmark’s potential as a Fintech hub, the startup scene didn’t really take off until 2016, the year in which Copenhagen FinTech hub was set up. In 2016, FinTech investments accounted for 15.45% of the total Danish investments. The Danish Financial Supervisory Authority is working towards making the market more conducive to FinTech. It aims at minimising regulatory uncertainty for financial companies utilising new technology and helping and guiding financial startups through the process of obtaining a licence.

With the largest concentration of technology companies and its technical and financial expertise, Ireland presents a perfect platform for FinTech startups. Wonder what makes a small country like Ireland a fertile seedbed for FinTech? It’s unique collaborative culture.

Though Ireland is home to some of the world’s top tech and financial services companies, none of them competes with each other in Ireland. This facilitates a unique culture of collaboration which is extremely conducive for the growth of FinTechs. Hence, it’s no surprise that transaction value in the “FinTech” market amounts to USD 8,164 million in 2018, and the market’s largest segment is the Digital Payments segment with a total transaction value of USD 7,669 million in 2018.

Switzerland and its largest urban centres have a number of great advantages in terms of living, setting up shop, finding and recruiting talents, etc. The unique combination of the world’s highest salaries and highest comfort creates a need for fintech startups to tap the resources and use it to their advantage. The highest ranking European city, after London, is Switzerland, famed for its reliability, quality, stability, and security – a must for strengthening the FinTech field. The FinTech sector in Switzerland has grown by leaps and bounds over the last two years. In 2014, approximately CHF 470 million venture capital was invested into Swiss start-ups. This is 10% more than in 2013. At the end of 2017, 220 FinTech companies were active in Switzerland, indicating a growth rate of 16% as compared to 2016. While the sector is yet to mature, banks and other financial institutions are now embracing FinTech companies and seeking collaboration with them instead of looking at them as a threat.

FinTech is an increasingly competitive global market which continues to lead the way in improving financial inclusion, enhancing customer experience, and increasing transparency, compliance and security. Fueled by unmet customer needs, most FinTech startups focus on niche areas. Besides technological advancements, changing customer expectations, availability of funding and increasing support from government and regulators; the FinTech sector needs to reach out to a wider base of established industry players and focus on the customer experience and services to thrive in the digital age.

How Finance Graduates Can Break Into The FinTech Industry

World Environment Day 2018: Pledge To Say No To Plastic

The Economics Of The FIFA World Cup 2018 In Russia