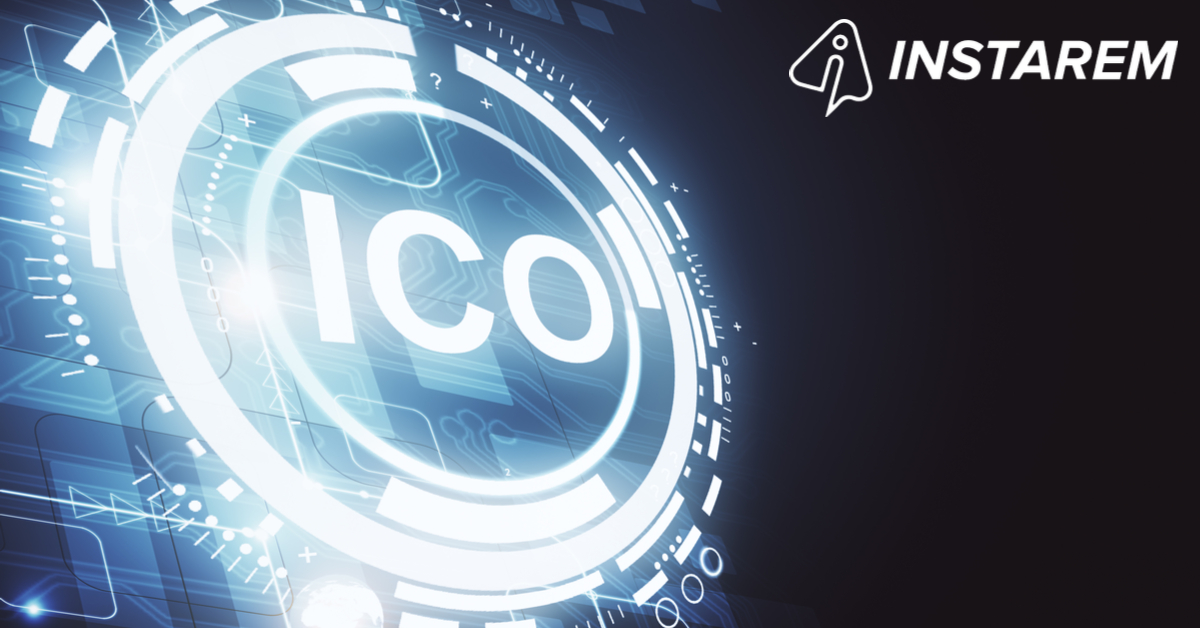 With the value of cryptocurrencies like Bitcoin and Ethereum growing by leaps and bounds over the past few years, Initial Coin Offerings or ICOs are topics that are surrounded by a lot of hype and speculation.

What Is An ICO?

For traditional companies, the path to growth is fairly standard. Most firms start small and expand operations as their bottom line increases. For a quick influx of cash, companies often turn to outside investors by giving away some stake in ownership. And often, firms go ‘public’, i.e. they offer a stake in the company (aka stock) to investors in the open market in return for their funds, through an Initial Public Offering or IPO.

In the cryptocurrency universe, an Initial Coin Offering (ICO) is roughly the equivalent of a mainstream IPO. Through ICOs, also known as crowdsales or token sale events, companies raise funds for their projects by releasing cryptocurrencies to interested buyers in the form of crypto tokens.

Who Issues An ICO?

Why Is An ICO Issued?

What Is The Difference Between Crowdsourcing, IPOs & ICOs?

Although an ICO has some similarities with both IPOs and crowdsourcing, there are also significant differences:

Unlike IPOs, ICOs are largely unregulated by government agencies. They are also decentralised because there is no single authority governing them. For these two reasons, the structure of ICOs is less rigid than that of IPOs. Moreover, because ICOs enable an issuing firm to circumvent the rigorous and regulated capital-raising route that is mandatory for traditional banks and venture capitalists, they are often used by start-up firms to raise initial capital.

The market for ICOs has exploded over the past few years and made millionaires out of many investors. In 2017 alone, tokens purchased in 400+ ICOs returned an average of 12.8 times the initial investment (in USD terms). It must be noted, however, that the unregulated nature of ICOs is also their biggest disadvantage, making them a vehicle for frauds and scams.

Also, unlike crowdsourcing or crowdfunding, methods which are often used to garner donations for a particular purpose; parties who invest in an ICO are mainly motivated by prospective profits and a healthy return on their investment. This is why ICOs are also referred to as crowdsales.

You Might Also Want To Read: 2018: The Year Of Cryptocurrencies?

What Factors Contribute To The Success Of An ICO?

Each ICO raised an average of 12.7 million USD and the total amount raised across all ICOs was 5.6 billion USD.

Out of the 435 ICOs issued, the 10 largest projects raised almost 25% of the total funds.

Fast forward to 2018, and we find that new ICOs raised funds worth 6.3 billion USD in the first quarter alone.

So, the ICO space has witnessed tremendous growth over the past few years. But what are some of the factors contributing to this success story?

One of the most important success factors for an ICO is whether the coin actually has good utility. ICO experts may differ on several aspects, but many agree that the coin should be more than just a commodity being bought and sold on an exchange. This underlying utility is what separates the top few successful ICOs from the thousands of others languishing unsuccessfully in wallets or on exchanges.

Showing potential investors a demo (or a visual prototype) of how the proposed project will function and what benefits it will bring is a good method of showcasing the ICO’s utility. Moreover, even if the token is a crucial element of the project it is meant to fund, the ICO may still fail if the project is a repeat of past projects. In addition, a solid ICO launching platform that brings together a number of stakeholders and provides a central dashboard can help with ideation and customer acquisition and raise the chances of its success.

Even the most creative idea can fail to raise a successful ICO if the PR, marketing and communication efforts of the launch team are slipshod. If the marketing strategy is holistic and the information is communicated in an easy-to-understand way – for example, what particular problem the ICO’s project aims to solve – the chances of success can go up manifold. Clear, concise, non-jargonistic websites, white papers, email newsletters and social media profiles can all help in this regard. In fact, an ICO’s website and its Alexa Rank (an estimate of a website’s popularity) are among the top drivers of its influence and, thus, its eventual success.

Some analysts who have studied previously successful ICOs have found that ICOs that are active on social media and discussion forums tend to enjoy greater success than those that are not. A crypto company RAD Lending Inc. found that successful ICOs have between 4000-5471 followers on Twitter/Facebook. In addition, ICO teams that engage with the community on channels like Telegram, Reddit and Quora tend to reach more potential investors and thus get access to a greater pool of funds.

Since many fraudsters and scam artists sometimes use ICOs as a tool to prey on overzealous and under-informed investors, firms that get their ICOs audited from independent auditing advisories communicate its inherent trustworthiness to potential investors. Such audits can uncover potential issues with the ICO such as within its legal structure, financial model, corporate governance or forecasts. More importantly, audits inspire confidence in the investors so that they view the ICO as a ‘non-scam’ and are more willing to invest in it.

8 Of The Most Successful ICOs Of All Time

Ethereum’s ICO was one of the early pioneers back in 2014, debuting with a price of around USD 0.31 and raising close to USD 18 million in just 42 days. The price of an Ethereum token hit a high of USD 1,417 in January 2018, making it one of the world’s most valuable cryptocurrency ecosystems at the time.

Unlike Bitcoin, Ethereum is not only a digital currency, but also a ledger technology that can be used to build decentralised applications by means of smart contracts. Ethereum’s multi-application platform can help streamline and digitise a number of business processes and make them more efficient.

IOTA’s initial coin offering in late 2015 sold a billion IOTA tokens and raised over USD 400,000, a very respectable amount at the time. Its price hit an all-time high of USD 5.69, which though not high compared to some other ICOs, offered an ROI of 332,500% for early investors, making it worthy of joining the ranks of ICO success stories.

IOTA’s popularity is not really surprising, considering that it is a unique offering in that it combines elements from IoT (Internet of Things) and blockchain technology to conduct transactions. IOTA’s transaction ledger is fully decentralised, providing a zero-fee environment that is scalable and does not require an actual blockchain for transactions.

Formerly known as Antshares, NEO is a Chinese open-source blockchain project that is sometimes known as ‘China’s Ethereum’. From an initial token price of just over 3 cents to a price of roughly USD 180 in January 2018, NEO’s first ICO in October 2015 raised about USD 550,000. Its second ICO in late 2016 amassed even more: a massive USD 4.5 million. Although NEO is not strictly one of the largest ICOs in terms of funds raised, it has provided exceptional ROI for many early investors and is therefore considered a successful ICO.

A key reason for NEO’s success is the support and confidence it enjoys from some high-profile entities including the Chinese government and Microsoft Corporation.

Based in the UK, the Stratis platform is compatible with multiple programming languages and enables businesses to create, test and deploy custom applications without having to set up or maintain their own infrastructure.

Its ICO raised nearly 1000 bitcoins over a period of five weeks, worth approximately USD 675,000 at the time. The majority of bitcoins were obtained during the very last day of the ICO. During the first five days, investors even enjoyed a 20% bonus. At one point, the price of a Stratis token hit USD 22.29, offering a whopping 81,000% ROI for early investors.

EOS, a cryptocurrency token sold by the blockchain architecture start-up Block.one raised USD 185 million in just five days after issuing its ICO. It opened at a price of USD 0.925 and climbed to over USD 5 a few days after release.

EOS, which claims to be a viable alternative to the Ethereum network, provides app developers with databases, account permissions, scheduling, authentication and internet-application communication tools. Its comprehensive ecosystem allows developers to operate seamlessly without worrying about advanced cryptography implementations.

In addition to the ICOs covered above, several other ICOs have also enjoyed considerable success and provided great returns on investment to buyers. These include:

One of the earliest ICOs, NXT is also one of the most successful. With one token selling for just USD 0.0000168, the ICO raised the equivalent of about USD 16,800 worth of bitcoins at the time. These funds were earmarked for developing the platform’s digital currency and its proprietary open-source consensus mechanism. At its highest, a single NXT token was trading at USD 2.15, giving investors an astounding 1,477,000% return on investment.

ARK’s decentralised digital currency platform allows for the quick integration of other cryptocurrencies into its own blockchain. Initially offered at a price of USD 0.04, at its highest levels, it climbed to nearly USD 11, providing a return on investment of over 35,000% to investors.

Lisk, one of the first modular blockchain platforms, enables developers to create apps (complete with JavaScript) and operate these apps on side chains. It issued its ICO in mid-2016 with an initial token price of USD 0.076 and sold 14,000 bitcoins, worth roughly USD 6 million at the time. Hitting an all-time high of USD 39.31, Lisk provided an ROI of over 19,000% to investors who purchased tokens at the time of its ICO.

The cryptocurrency boom has been somewhat unpredictable, with prices rising and falling at the slightest provocation. Nonetheless, cryptocurrencies and ICOs are here to stay, for now. Although issuers can find it difficult to time the sale of tokens to earn maximum funding for their projects, they can increase the chances of achieving success with their ICOs as long as they offer value and don’t depend on ephemeral concepts like luck.

8 Highest-Paying Jobs In The FinTech Industry